"Diploma for recognition by international and national rating agencies"

Alliance Bank received another award, this time from the Association of Ukrainian Banks

The award ceremony took place within the framework of the All-Ukrainian project - "Banks and non-bank financial institutions: worthy, successful, reliable".

In 2020, the Bank continued its active development. As of January 1, 2020, the Bank's net assets reached the level of UAH 7.4 billion. (more than double the year). The growth of the Bank was planned, harmonious and controlled for the realization of risks. Evidence of a high level of efficiency and creditworthiness is the recognition by both national and international rating agencies.

The national rating agency Rurik has once again affirmed the Bank's long-term credit rating of the borrower at the "uaAAA" level of the investment category, with a "stable" outlook, which characterizes the Bank's highest creditworthiness compared to other Ukrainian borrowers or debt instruments.

Alliance Bank is part of your team. Thank you for your trust. 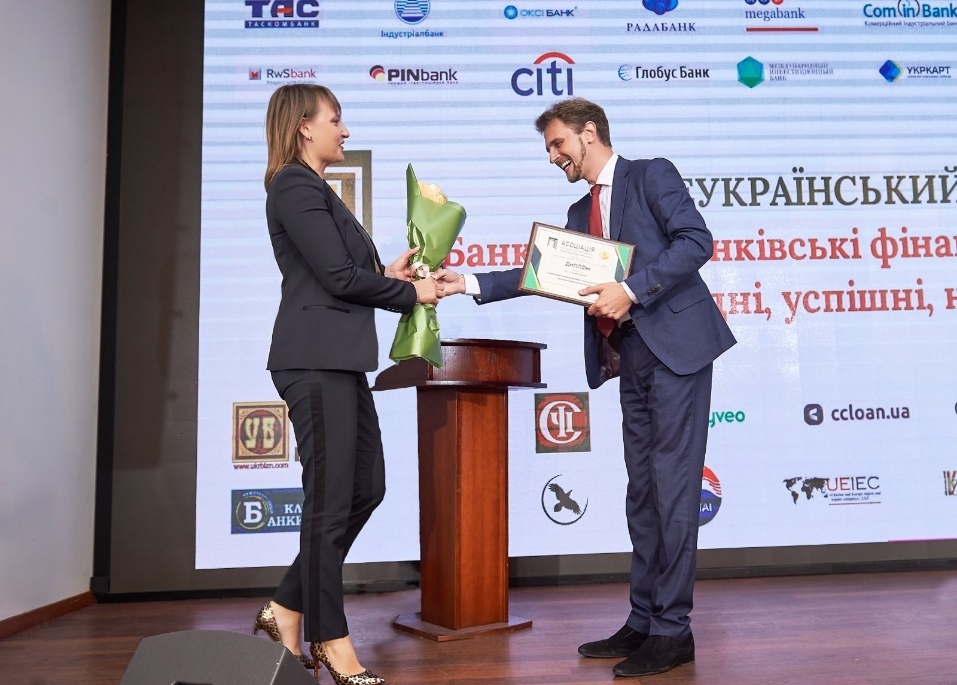 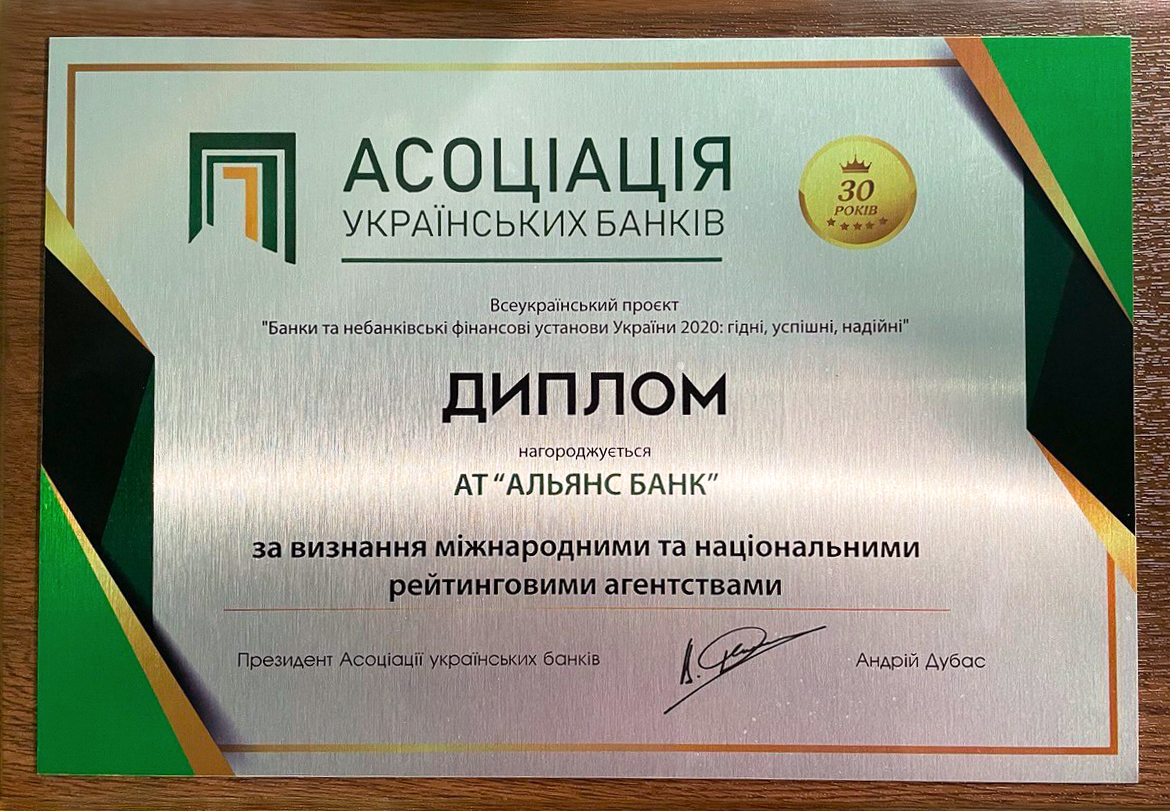