Although the last days are full of the results of the Euro 2020 final, we are not limited to football. For several years now, tennis has been developing rapidly and receiving support among Ukrainians. A large number of tournaments in various formats are held every week across the country.

KYNG Cup - worth a look

And this summer the KYNG Cup tournament took place in Kyiv.

Alliance Bank became one of the main sponsors in support of the tournament.

For two days, professionals and amateurs competed for a prize fund of UAH 300,000.

By the way, this format of tennis tournaments is considered to be the most spectacular: two-on-two teams played, where one member of the team is an amateur and the other is a pro.

Both participants and spectators were satisfied with the result of the tournament, and we are happy to support Ukrainian athletes and help development.

Amateur sport is the first step on the way to great victories. The country's successes and image in the world are not only achievements at national competitions, but also the active development of mass sports. We consider one of the important social tasks to support such projects. Doing sports, we cultivate a team spirit and a desire to win, without which it is impossible to move forward throughout the country. 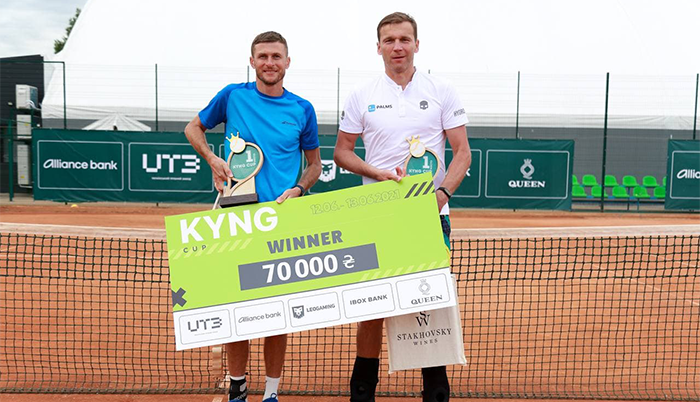